WE SURVIVED OUR STAYCATION……JUST ABOUT…. 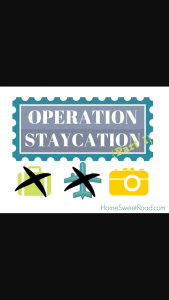 So were home 4 days now and I’m just about recovered from it all. I need a holiday after my holiday!  Does every Irish family who goes on a staycation inevitably say “never again” out loud one hundred and sixty four times a day during it? Or is it just us????

It began when I was packing. How is it even conceivable that for three days in Cork I managed to pack an incredible 3 suitcases, 4 plastic bags, a steriliser, 2 bed rails, 2 buggies, a travelcot and half the play room? You see, when I began packing the sun was shining. I got half way up the suitcases with sandles and shorts when a massive rain cloud darkened the whole place and it began to spill, which is when I started pegging in the winter gear.  For every togs that was in the bottom of the suitcase I packed a welly in the top, for every pair of sunglasses I packed a raincoat and for every shorts and t-shirt I threw in a woolly jumper and jeans. 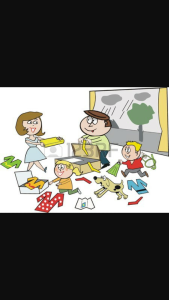 And so it began. As I packed a stupendous amount of unecessary shite and watched the rain falling, all the while contemplating the lure of sunny Marbella and convincing myself a week there would probably cost the same anyway, it came out of my mouth for the first time; “Never again”. 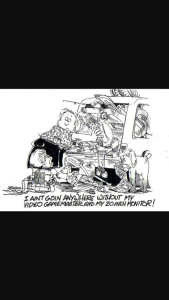 Our mini-van full of suitcases, buggies, travel cots, baby equipment, toys, teething parafanalia, kids and nanas (o.k. there was only one nana) took off at 10am, 2 hours later than planned. We got as far as the Tesco convenience store at the top of our road and we all got a funny whiff. On inspection we discovered the baby had exploded requiring the disposal of every item of clothing he was wearing and a full change of clothes and as I began the clean up operation it happened again; “Never again”. These words were repeated about fourteen times during the four hour trip that included three pit stops, one wrong turn, both our phones dying meaning the loss of all maps, route planners and sat nav devices we were relying upon, the search for a car charger, the eldest needing to pee and refusing to take his winkle out on the main road leading to a fanta orange bottle full of pee rolling around the car floor for the duration of the journey. Our car radio is on the blink but as it turns out we didn’t need it because “big bro” and “baby O” supplied the in-car entertainment the whole way there with their amazing renditions of ‘old mac domald’, ‘the wheels on the bus’ and ‘tinkle tinkle yittle star’. The best part for us was when they couldn’t agree on a song and a fight ensued leading to them both trying to outsing each other for a full half hour. I foolishly put shorts on ‘baby O’ and he saw his grazed knee that happened when he launched himself out the back door headfirst four days ago but the lack of trousers meant he was reminded of this every ten minutes and he had to cry about it all over again – full on, injury induced wailing every time he saw it. I almost put one of the 15kg suitcases on his lap just so he wouldn’t be able to see it. We arrived at our hotel, mid typhoon, at half past 2. Nana scrambled out and lit and smoked her cigarettes 2 at a time when we finally released her from the torture chamber. The ‘most patient man’ queued to check in for twenty minutes while I paced the floor with a screaming, teething baby and the two older boys kicked the heads off each other only to be told our apartment wouldn’t be ready until after 3pm but we were ‘welcome to use the leisure facilities’ while we waited. It wouldn’t be very ‘leisurely’ now trying to locate our swimming gear in the sardine can packed full of crap so I politely declined and we went for yet ANOTHER spin in the lashing rain and ridiculous winds. We finally recieved a key for the apartment at half four only to realise we had been put in a second floor apartment, with 2 small kids, a baby, all our luggage, 2 flipping buggies, one geriatric (only kiddin’ mam) and NO LIFT! The huffs and puffs of us draggin ourselves and all our gear up 2 flights of stairs would put the Wimbledon athletes to shame! Poor Nana nearly had a conniption fit when she climbed the two flights only to be met by a big no smoking sign when she crawled breathlessly through the door. I will tell no lies. I lost a little bit of my soul trecking up and down with all the luggage and trying to keep the kids safe on the stairs. We stayed in the Quality Hotel in Youghal which is lovely and the perfect spot if you had the good weather to go with it. 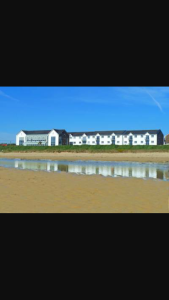 The restaurant and staff are brilliant and super kid friendly. The apartments are nice, clean, basic but just what you need and the location is fantastic – you are literally on the beach. But I have to be very honest. I explained the family dynamic when  I booked the room. They knew we were coming with kids and small babies, I was never informed that an upper floor apartment had no lift facility, I was never told that check in would have to be after 3pm, I asked for an extra bed for one of the kids which we never got so we pushed 2 beds together and all bunked up and got on with it and we had absolutely no hot water the few days we were there. I found these points completely bad form and a huge disappointment but I would still chance a return visit in better weather because I think it is somewhere I would love had it not been such hard work. The weather didn’t stop us completely in our tracks though. Our boys were hell bent on doing the beach thing no matter what Mother Nature threw at us so we rooted out the wellies, raincoats, buckets and spades and had the whole beach to ourselves……silver linings and all that jazz! 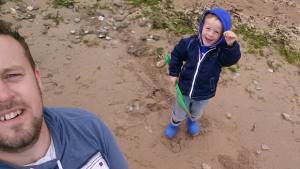 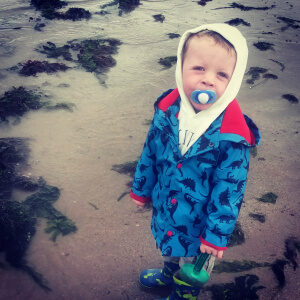 A half hour on the beach during a blizzard is just about enough and we were all absolutely wiped after our adventurous day and everyone was in bed uber early. The ‘most patient man’ is as cute as a shit house rat and opted to share the double bed with the two older ones meaning a full night sleep for him while yours truly and nana got the teething baby, two single beds, two night feeds and a 6am screaming wake up call. By 8.30am I was bouncing the baby mercilessly on my knee while attempting to sip on a coffee, stil in my p.j’s, daydreaming about sleep while my hair was crying out for a hairbrush when the ‘most patient man’ emerges from his room freshly showered and dressed, downloading directions to todays destination and bouncing off the walls with all the energy he had. Bastard. 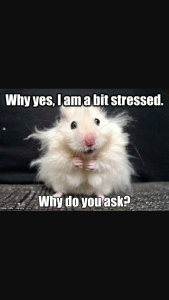 He was closely followed by two little energizer bunnies shouting for coco pops. I filled the cereal bowls and planned to peg them both down into soft play for an hour and send the baby off for a walk with nana or daddy so that I could enjoy a coffee while it was actually hot but to my complete dissatisfaction I turn around to the ‘most patient man’ lacing up his walking shoes because “today Matthew he is going to beee…..Steve fuckin’ Irwin” and were going to Fota Wildlife Park AND Ramleys Open Farm and we are apparently leaving in ten minutes. 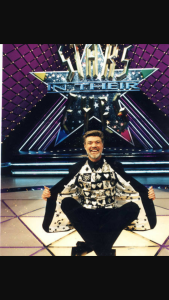 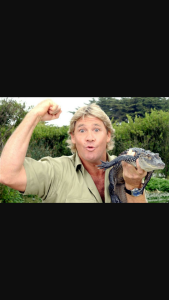 Fota Wildlife resembles a bit of a construction site at the moment so we were slightly dissapointed but then again we are huge Dublin Zoo fans so it was always going to be hard beat that for us. RAMLEYS OPEN FARM is well worth the visit. The kids loved it. The place has go karts and the boys didn’t want to get off them. Thanks to Ramleys, ‘Baby O’ has since been singing a new rendition of ‘old mcdonald’ which now includes old mcdonald having go karts with a ‘brum brum here, there and everywer’. Nana brightened up our day by offering free babysitting services that night if we fancied a few scoops at the bar by ourselves which put a spring in my step. However, the euphoria was short lived. We returned to the apartment and managed to get 2 out of 3 down to sleep but the teething baby decided he was going to see how many windows he could shatter with his screams and we were going nowhere in a hurry. I eventually got him down and crawled silently out of the bedroom on all fours avoiding every creaky floorboard in the place with a mouth on me like ghandi’s flip flop absolutely looing for a cold beer… 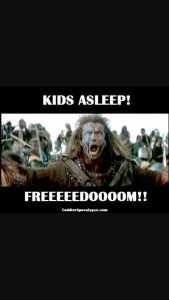 .. only to discover that the Crocodile Hunter was holed up in the bathroom with either the vomiting bug or a woeful case of food poisoning and this is where he stayed for the next hour. 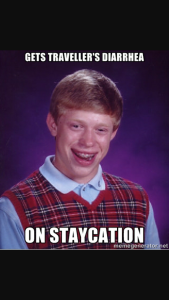 I begrudgingly switched the kettle on and settled for coffee and a hobnob. I am pretty sure the hotel bar was lovely but we didn’t get to experience it. 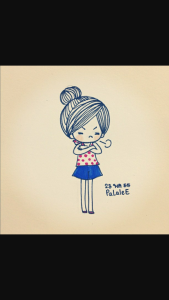 We took a detour on the way home to the Ailwee Caves and did the cave and the birds of prey experience. The caves are a bit freaky for small kids but the birds of prey were the highlight of our trip. ‘Big bro’ is afraid of his own shadow most of the time but when the handler asked for volunteers to hold a hawk, up he jumped closely followed by the dodi sucking 2 year old and they both let a hawk land on their arms. I was beaming from ear to ear and in awe of them. They were so blooming brave I couldn’t believe it. Proudest momma in the country watching them! I couldn’t recommend this day trip more! I have been told the Ailwee Caves do a fantastic Christmas experience also for anyone thinking of paying them a visit. I am actually glad to be home after all our hardship. I’ll say it one more time… “never again”. You would want to be going somewhere for two weeks to make all the luggage and packing and unpacking and repacking worthwhile. I will totally eat these words of course come August when I want to go somewhere again and I am already pecking the ear off  ‘the most patient man’ about chancing a campsite in France next year, but for now I am going to relish the fact I am home, the car no longer resembles a camper van, the ‘most patient man’ has stopped vomiting, the kids are in their own beds and sleeping soundly and I do not have to climb 2 flights of stairs with 2 buggies to get to my bed! 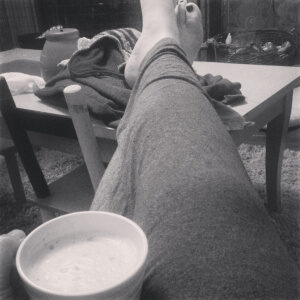 I clearly didnt realise how hard a staycation with three smallies was actually going to be. I know this because I finally managed to get around to unpacking the suitcases today only to uncover the single, solitary, perfectly wrapped, untouched, lonely little birth control measure that I threw in when I was packing (probably before it started to rain). I’m adding a new word to my C.V…… ‘AMBITIOUS’.