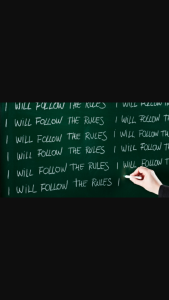 Our 4 year old is testing us. Every minute of every hour of every day is a test. It starts in the morning the minute he opens his eyes and is not happy that I have chosen jeans for him to wear today. He stomps and huffs and puffs in protest and continues to object to every single solitary move I make for the next twelve hours until he is unconsious again. He completely ignores any attempt I make at correcting his wrongdoings and the word “no” seems to trigger his tantrum switch. I know this comes with the territory when parenting a four year old but we still have to kick some of it into touch.

So we have been having the same argument over and over again the last few weeks – What is the most appropriate form of discipline?

We’ve worn out the time out chair and it has lost effect, we shout a lot and don’t get listened to and both of us agree that slapping doesn’t get you anywhere.

So today ‘the most patient man’ had, what can only be described as an epiphany – a ‘Eureka’ moment, if u will. Danny, our first born, was slap bang mid-tantrum about not wanting to come in and have his dinner with us when ‘the most patient man’ leapt off his chair and tore up the stairs. I could actually see the light bulb above his head come on as he took the steps two at a time. He emerged from the boys room holding a tractor. 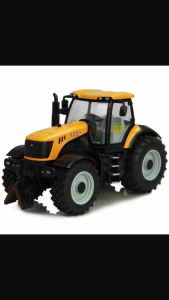 Now i’m just going to say at this stage, this idea and all matters in relation to this idea were a product of the mind of ‘the most patient man’ and nothing (NOTHING) to do with yours truly!

So the first born was told that the tractor was getting burned in the fire because of his behaviour and he had better shape up or this is what would be happening as a consequence any more.

***queue mommy’s horrified – ‘I told you a million times to discuss your stupid ass ideas with me before you say them out loud’ – glare. But I dare not interrupt while ‘the most patient man’ was “disciplining”. So when he had finished his speech in went the tractor into the already lit fire and it took light. I was a little bit frozen to the spot while awaiting the onslaught of cries and wails that would surely follow.

And then a funny thing happened. The first born, fashioning a peculiar excited sort of a grin which neither of us saw fit for a boy getting his beloved toys burned, ran to the front door to excitedly invite his friends in to “watch daddy burn all the toys”. Realising that this was all going horribly pear shaped, ‘the most patient man’ shot me a ‘wtf look’ to which I responded with a ‘you made your bed you can lie in it’ glare. It would seem we had invented a new spectator sport. One which required the entire neighbourhood’s attendance in my living room. 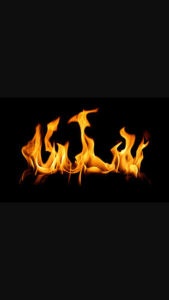 So were standing there in front of the fire watching this toy slowly burn and sizzle, the flames are doing a lovely gentle dance around each other in the fireplace while the toy melts away to nothing and we all stare at it in silence, Daniel with a delighted smile on his face which I am rather freaked out about.

I am very aware that ‘the most patient man’ has gone about this completely the wrong way and I should have intervened sooner because after this we will inevitably have a 4 year old who will set fire to whoever pisses him off. The ‘most patient man’ is even more infuriated than he was when all this started because a)it didn’t work, and b) it seems to have somehow taken the shape of a new sport Daniel is very excited about enrolling in.

So I decide its time to take the bull by the horns and talk it out. I’ll just explain to him that he should feel distraught at the loss of his precious toy and this is a consequence, the sort of which he will be facing from now on should he continue to misbehave. (Even though I was never ever going to let this happen again but for the next five minutes I had to stay united with ‘the most patient man’ on his shitty disciplining effort).

“Daniel, you understand that you have lost this toy because your behaviour was so bad, right? You won’t ever get to play with it again and that’s very sad so your behaviour will have to improve so this doesn’t happen again O.K?”

“Its not sad for me mummy” he says still watching the burning toy.

My heart literally skips a beat as I accept the fact I am raising a pyromaniac and begin to come up with hiding places for every box of matches we own whilst mentally calculating the approximate cost of a psychiatrist.

“Why is this not sad for you?” I ask, a little afraid of his answer.